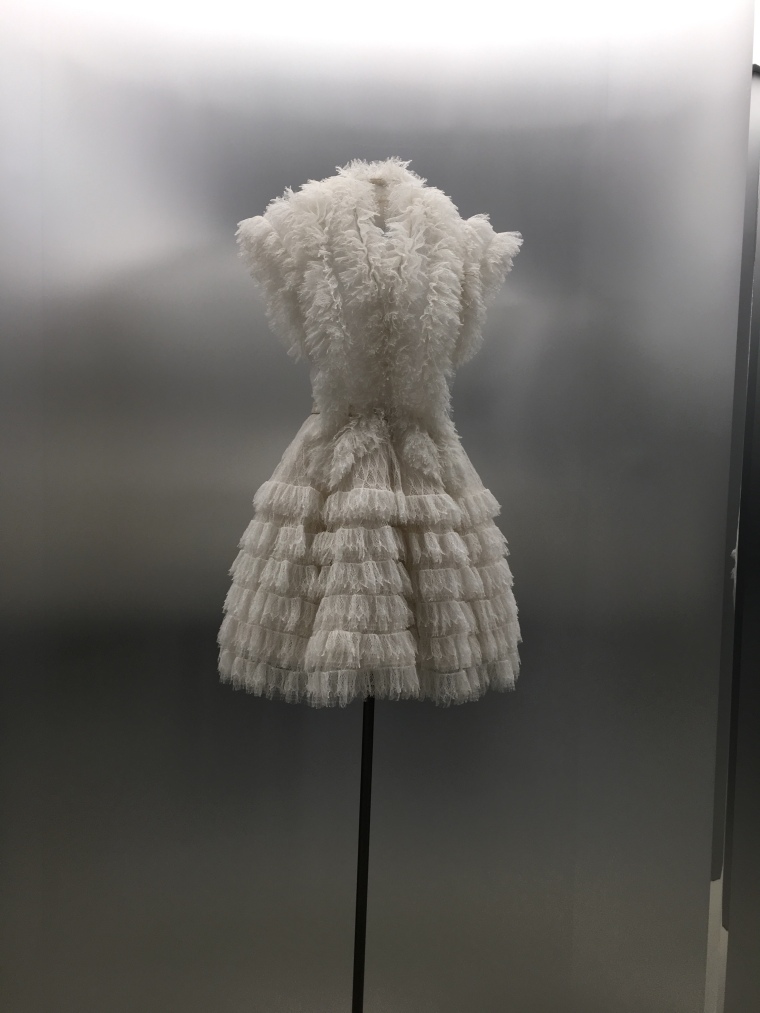 If you’re coming to Paris before June 10 (or are lucky enough to live here), the Azzedine Alaia exhibition should be top of your to-do list.

Mostly monochrome, with a flash of red, it showcases 41 of the Tunisian-born designer’s works, chosen by fashion historian Olivier Saillard.

As Vogue’s Suzy Menkes mentioned on Instagram a while back, among the pieces on display is the dress worn by Naomi Campbell on the runway of Alaia’s last show in 2017, and a white version of the vivid pink draped dress worn by Grace Jones in 1985.