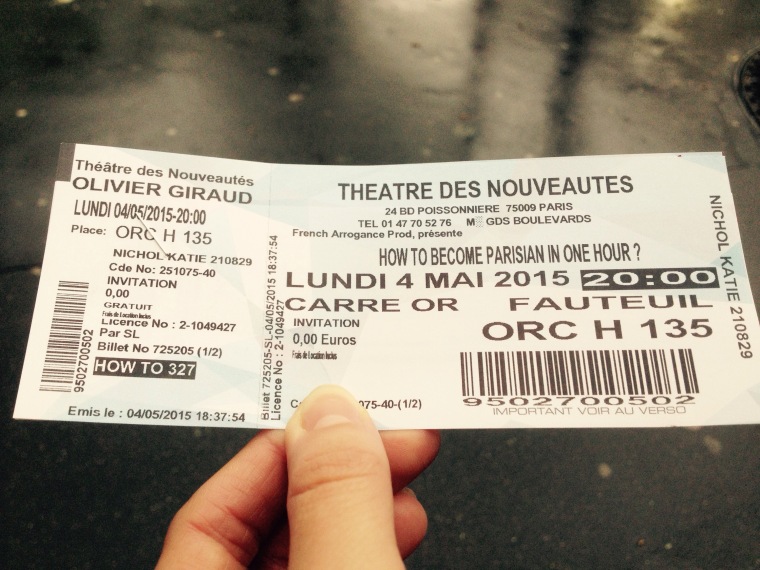 Last week, I went to see the popular Paris one man show, How to Become Parisian in One Hour?

I’d been meaning to see it for about two years, but somehow never got round to it. Then I won some tickets (all those hours spent on Facebook finally paid off), so went along with a friend.

Over the course of an hour, Olivier Giraud takes you through how to be Parisian in a shop, in a restaurant, in a taxi, in the metro…. In a word, it’s hilarious. 100% in English, the show draws an international crowd, including French people.

Everything GIraud says about the Parisians and Paris is uproariously accurate, and his at-time risqué humour had the audience laughing throughout.

Check out the video below for a taster of the show